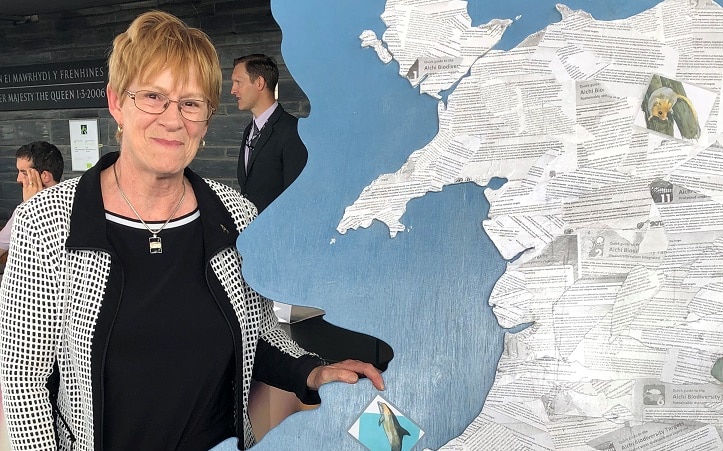 A local AM has gained a clear message from Wales’ First Minister that Welsh Government is opposed to any future testing for oil and gas in Cardigan Bay.

Eni UK Ltd proposed, then suspended, a seismic survey in St Georges Channel, which includes protected areas of Cardigan Bay. This would seek to identify oil and gas reserves in the area for potential future extraction and consumption.

Joyce Watson AM (Mid and West Wales) warned the First Minister in the Senedd in Cardiff Bay that such action would risk harming dolphins, porpoises and other marine wildlife, threatening ecology and disrupting tourism and fishing.

The First Minister stated: “The Welsh Government opposes the extraction and consumption of all fossil fuels. Our commitment to decarbonisation and renewable energy generation places fossil fuels at the bottom of the energy hierarchy here in Wales. All of that applies to activity in the St George’s channel and elsewhere around the Welsh coast.”

Mrs Watson was raising the concerns of more than 7,000 people who signed a petition against the plan.

The proposed geological survey, which would have involved firing shockwaves out of a submerged gun across this summer, sparked outrage when it was announced in March.

“I was pleased the First Minister was able to give such a strong statement opposing the UK government’s hunt for fossil fuels around our coastline.

“On World Environment Day, this sends a strong signal that Wales is committed to tackling the climate emergency, and to no longer extract any fossil fuels.

“We have one of the most beautiful coastlines in the world, which includes special areas of conservation.

“I am relieved that this testing has been suspended, and will continue to fight to protect and preserve our fragile and precious environment.”