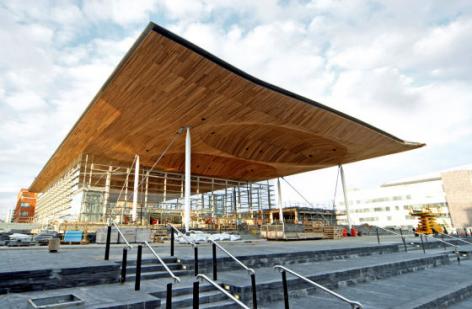 UK government cuts to legal aid have hit Wales harder than England and restricted access to justice, Joyce Watson AM argued in the Senedd yesterday (5 November).

The Labour AM for Mid and West Wales was reacting to a ‘landmark’ report on justice in Wales. The Commission on Justice found legal aid cuts imposed by Westminster have resulted in ‘advice deserts’ throughout Wales – areas where people are unable to obtain legal help.

During question time with the first minister, Mrs Watson slammed a decade of swingeing cuts and court closures. She said:

“The report concluded that the Tory cuts to legal aid have hit Wales disproportionately hard.

“Since the budget was slashed in 2013, the number of firms providing legal aid in Wales has fallen by nearly a third, creating what the report calls advice deserts in many parts of the country.

“How will your Government promote equitable access to justice, as a distinctly Welsh legal system emerges in the coming years?”

Spending on legal aid has shrunk by more than £1bn in five years. By 2019-20 the Ministry of Justice will have seen cuts to its overall budget of 40% – among the deepest of any government department.

“I thank Joyce Watson for that important question. She’s quite right, of course—the report highlights that whereas legal aid cuts in England have been a staggering 28 per cent in real terms, in Wales the cut has been 37 per cent and that that has left so many vulnerable people without access to the advice that they need when relying on the justice system.

“And just as there have been cuts in legal aid, so other cuts in the system. Court closures in Wales—50 courts in 2010, 28 courts left today, and people expected to travel 20, 30 miles to attend a court hearing. I see in the report, Llywydd, that the Ministry of Justice believe that it is reasonable, if you are a litigant or a witness, that you would leave your home by 7 o’clock in the morning and wouldn’t return to it until 7.30 at night and that that is a reasonable expectation of somebody who may be doing that two or three days in a row to attend a hearing. We don’t regard that as acceptable here in Wales and neither did Lord Justice Thomas in his report.

“Llywydd, the report sets out the way in which the Welsh Government has had to deploy our budget to make good on the deficits that have been created by cuts imposed upon us by the UK Government—a single advice fund with over £8 million in grant funding made available to information and advice services for 2020. This is plugging gaps that should not be there, and it’s money that would otherwise be allocated to services for which this Assembly is responsible. But we do it because of the scale of challenge that there is there—a scale of challenge that this report exposes.”